‘I’m like, the whole of space,’
Kiera whispers,
Her back against the store-room cupboard.
‘I’ve got earth inside of me.’

The black flecks speckle the sink,
Flies in a white oblivion.
‘Look what I’ve got.’ Donna draws a Card
From her coat pocket,
Which lay across the printer refills. Dinner for One plays
On the old telly,
Balanced on boxes.

‘The lottery,’ Kiera laughs. Her cheeks are speckled, too.
But crimson, like ruby dust. The butler man trips,
Again and again. The stupid tiger’s head.

‘They ran out of coffee,’ says Donna.
‘Well?’
‘Well, what?’
‘Have you checked it, yet?’
‘I don’t really know how to.’
‘My grandfather, he used to win these things all the time.’
Kiera sits up. She lays her legs
In Donna’s lap. James clicks his heels. It was funny, once.
‘Once, he won a few tens of thousands.’

‘Spent the money on tickets for Shakespeare’s Globe,
For ten London primary schools. He thought the young needed
To hear the Bard.’

Donna had searched it once before,
Or a few times: what it was
That people did when the cogs of life were not triggered
By their love.
Never mind Shakespeare –
She needed to create them, first. Some adopted.
Some borrowed sperm. Donna could see Kiera’s face,
As her body split open –
Knowing the gooey, purple child
Was half some unknown splatter in a plastic cup.
Alright,
Alright.

‘Don’t drop me at mine, Rick,’
She said, between back-to-back Fleetwood Mac.

‘They’re moving us, folks,’
He says on Sunday. Donna feels a pinch on her shoulder.
‘We’re out of coffee,’ Mary hisses. Her voice
Was bubbly and thick. ‘Coffee?’
‘Could you?’ Mary cocks her head towards the door. The car is freezing.
Donna keeps her gloves on.
The high street is quiet, nuclear quiet,
Save the fluorescence of the newsagents. There’s a pile of soggy
Newspapers out the front.

‘Morning, Aggie.’
Aggie wears a pink scarf and knitted gloves. She has a red beret.
‘Heating gone?’
‘Aye,’ says Aggie. ‘Your lovely Kiera, she broke it.
It was smelling. She gave it a kick. Then, she cried.’

Cried?
‘She’s a full-time volunteer, isn’t she? It was hardly
The heating’s fault.’

‘She lives with her parents.’

‘She’s afraid to move away. Afraid to get on a plane,
Get moving.’

Donna rattles the coffee granules. It’s loud
And satisfying. She counts the coins
With her eyes.

‘I heard about the church being moved again,’
Aggie is saying. She opens the till,
And her breath is bright, like fog
In headlights. ‘It was inevitable. Like the tide, Aggie.’

‘What will you all do?’
‘Become very well-read.’
Another school group
Arrived on Monday. Kiera stood at the back,
Watching, as Donna passed out the tools.
‘Is this the place where that old lady drowned?’

‘Didn’t she fall through the ice? What’s she doing,
Doing that?’
‘So, just drop the bulb
Into the hole
And pat the earth around it. Gently.’

She mutters to herself. Kiera
Is waiting at the ticket office, a squat brick building
Crawling with ivy.
Her boots are thick with mud,
Her black hair tucked into a soft hat.
‘Cold,’ she mumbles as Donna approaches.
‘Come on, then.’

The car park is silent. Kiera whistles something.

It takes them till Five to scrape all the stickers
From the lampposts. Donna sees
Another mess of carrots, scattered, probably, from the mini-bus window.

They sit in the ticket office together,
Picking sticky residue
From their palms.
The place smells like coffee and printer paper.
They wait, as always, as the minutes tick past,
Till the big beige clock
Strikes the end of the working day.
Rick was in the car, the engine running, when Donna emerged.
‘You look nice,
Rosy cheeks.’

‘It’s quite upsetting, really,’ she said
Over Cat Stevens.

‘What is?’ ‘The whole thing with Kiera.’

Rick stayed quiet, tapping spindly fingers
On the wheel. The sound was flat,
Like clay falling.

‘She’d never date.
She wants somebody with money,
Somebody who’ll sort out all the rest
While she marches about in the mud
Tossing bulbs and rabbits.’

Rick grunted. The song changed; Stevie Nicks,
The one about doves. Rick thought
About the television man, and the way he marked
Where the bookshelves
Would be, with clean hands. Classics, history, fiction, children’s, autobiography.
Books were important,
Rick supposed. But

It would fall to him
To tell the rest of the group. He was sure,
One more piece of bad
Would finish poor Ken off.

He asked for the whole of Jackie’s window
To be removed, so he could take it home.
Rick had seen the sorry shrine,
The burnt out tea lights
And brown photos. There was a faded wedding. Jackie
Had Puffed Sleeves and Ken’s dimples were deep
As valleys.

The place was falling apart.
A stony soul,
That was as clear as anything.
The crumbling steeple, missing window panes,
Soft stone steps worn like a ramp
More than anything defined.
The late vicar’s wife used to say that it wouldn’t take

At the bottom of the hill.
‘Church, in the lake!’ she would bellow,
Smacking her walking stick
Against the table leg like a mad percussionist, and they all laughed.

Nobody noticed
When the vicar checked the weather forecast
Before morning-prayer. It was a March morning,
When they found her body. The police
Said she’d wandered across the ice,
Trying to reach a piece
Of Stained Glass, thrust from the top frame overnight.
They found the piece, too,
Half sunken into the Swollen Flesh of her hand,
The sleeping face of Jacob on his rock
Poking from between

The pale fingers. They moved the church meetings
Up the path
After that.

To a small room in the manor house
Beyond the fence, with green walls and an old smell.
It was open to the public, as was the church building
And the track down to the lake.
Only the walled garden
Was off-limits, though walkers

Often peeked over to look. It was mostly grass,
A few patches of earth
That the volunteers worked on when they had time
(Squares of brown fuzzy growth and weak yellow shoots)
Or when the school groups came.
One of them
Had broken a chunk of the wall in a rage,
Something about the soil
Being too hard,
Or the trowels too cold.

There was an angry trail
Of Smashed Pieces, carrot,
That Donna found later. ‘Teenagers,’
She Grumbled in the church café afterwards, ‘Do not care
For vegetables.’ She dipped a bourbon into her tea.

Rick nodded,
Barely hearing. The people who owned the manor house
Had called by after lunch, they wanted to change
The church room

Into a bookshop. The National Trust people,
With their suits and fresh smell like the sea. All National Trust properties
Have a bookshop, the man said.
He had big glasses,
Like two empty televisions. Rick said
He’d think on it, but it wasn’t really fair. Jackie’s funeral seemed too recent.

He could still smell the roses and the wood.

Donna washed her hands
In hot water, her blue fingers thawing,
Scraping the black earth from under her nails. It was Four PM. The early spring sunset
Was drawing in,
And there was one more job to be done.

My piece on FVR for January’s theme, ‘Beginnings’ 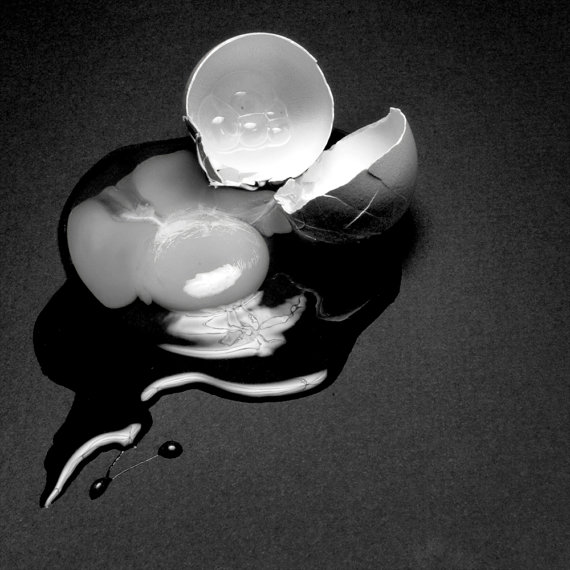 A curling yellow effervescence from whose expulsion
I could swing; sweet, bitter rope.

Quiet night for this solipsist
And that new symphony, no-one hears but me.

Somnolence beckons, but that silver rogue
Creeps along the wires of time

All these things placed. In savoury readiness,
For a transformative play; cloves, orange, brown sugar.

And the recantation, a new blink. Some freedom,
Still so alien, distant foibles await their unwrap,

So it knells. A fresh breath, a pink…

A post from New Year’s Eve on Sudden Denouement:

Hail the empty page; like an empty sky
It itched for birds. It ached for clouds,
Pined the cooling rain and wept for kites.
‘Twas a simple duty upon my maiden look,
To do as God; orchestrate the days and nights.
I might pull strands from blank, bald faces
Like wires through a net. And, behold this maddening thought –
I might love them, though I made their lives
In my own object. No matter. A golden child, and her floral friend –
I regret beyond my pen you’ll ne’er extend.
‘Tis responsibility more wild than parenthood.
See, this pitied child at yonder gate?
Her sorrow, wretched writer, did thee wickedly create.
One might a palace build, a place construct
Of Uncurbed Peace and Perfect Choice, easy plucked
From heaven, with fruits like jewels and space
For All. Would that be a sweet, kind thing?
Aye. But what use is…